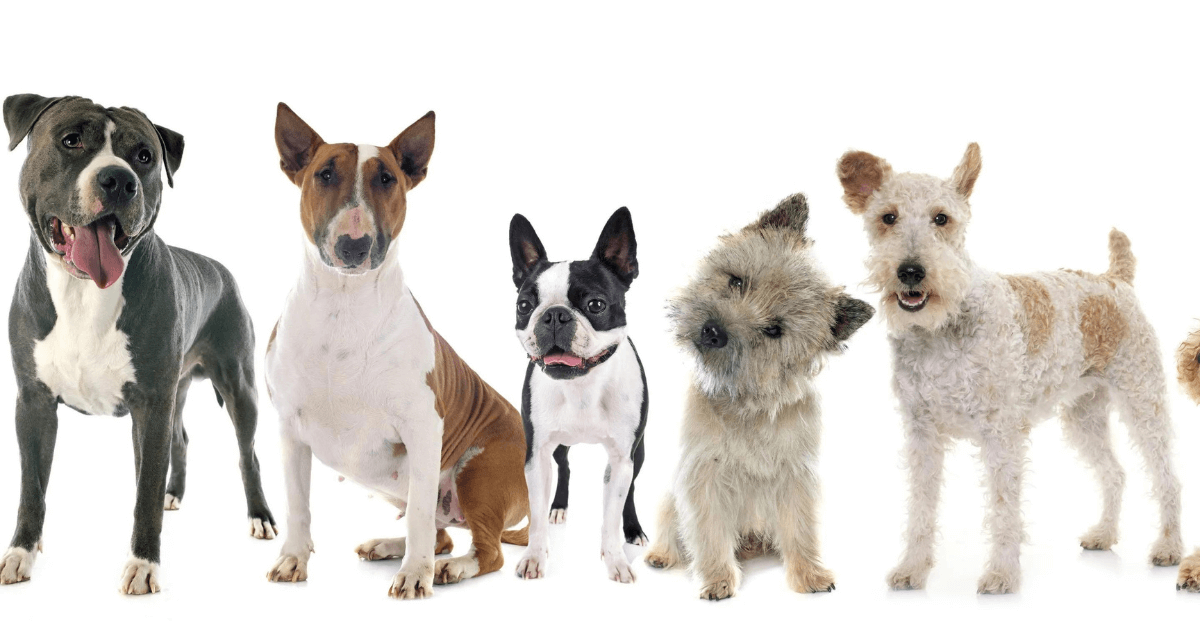 Are Terriers Great Hunting Dogs? The short answer? Yes, They Are. Originating in England, Ireland, and Scotland, Terriers come in a wide array of types, and all of them were bred to hunt vermins, from foxes and badgers to rats.

What’s more? These dogs’ stocky and short frames allow them to really “go to ground” and chase quarry even underneath the earth. Additional features that make terriers great hunting dogs include the fact they’re tenacious, high-energy, and highly vocal. These are the same features that make them natural choices for farmers combating pest problems.

I’ll give you a brief history lesson to help you understand just how great Terriers are as hunting dogs.

In the 19th century, using terriers to control rat populations was so prevalent across Europe that the practice was transformed into an amusement activity for amblers at “rat pits,” where dogs and quarry would be set loose in pens. The individuals present would then bet on the number of rodents they thought the dogs would dispatch.

Nowadays, most individuals only know terriers as household pets or as tv show characters, such as Toto the Cairn Terrier from the Wizard of Oz film or Eddie the Jack Russel Terrier from the Frasier TV Show.

With that in mind, read on for more information on why terriers are such great hunting dogs.

What Are Terrier Dogs?

When most people hear the term terrier, they most likely picture the small, wiry, feisty, and fearless dog breeds usually seen romping around joyfully on farms. The truth, however, is that a wide genetic variation exists in the terrier dogs group, with some weighing up to 70 pounds heavier than the lightest terrier dog variety.

These are terrier dogs that were bred with bulldogs, giving off a dog breed with the taut muscles and power of bulldogs but the tenacity of a terrier. That’s why Bull Type Terriers make excellent bull-baiting dogs.

The American Pitbull Terriers and the Staffordshire Bull Terriers fall into this sub-category of terrier dogs.

This group of terrier dogs simply refers to those that have been downsized over time to make them perfect for companionship. Note that these are the least effective at hunting of all terrier dog breeds.

If you came here looking for terrier dogs that also double up as great hunting dogs, Classic Working terriers are the terrier varieties you’re looking for. For centuries, these dogs have been used to trail, find, track, and at times even kill underground quarry.

A great example of classic working terriers includes the Patterdale Terrier and the Jack Russell Terrier.

There you have it, a definition and in-depth understanding of the different kinds of terrier dogs available. Next, we’ll look at several interesting guides on how to make terriers great hunting dogs.

How To Train Terriers To Hunt Rabbits

In this section of the post, we’ll look at two different ways to train terriers to hunt rabbits. The first will touch on ways to train your terrier dogs to hunt in a group, whereas the second will focus on individual training.

As a first step, hold a rabbit by its neck in front of your terrier’s nose to get it familiar with a rabbit’s scent. Ensure you’re gentle with the prey animal if you do not want your terriers targeting or hunting it later on.

If you’re not certain you can guarantee the safety of every animal involved, feel free to consult a professional for this step of the training method.

Introduce your one terrier to another terrier of the same size and shape, then allow the two dogs to run through the foliage of similar size. As great hunting dogs, Terriers tend to learn faster if placed with terrier dogs already experienced in specific skill sets or behavior.

If need be, feel free to place your puppy terrier on a leash to maintain sufficient control as they learn.

After your puppy terrier has fully learned from the older terrier, it’s time to introduce it to a large terriers dog pack of six to seven dogs. This will allow your puppy terrier to further hone in on their hunting skills while at the same time sufficiently socializing with other dogs.

At this stage, you’ll also need to keep a keen eye on the dogs’ interactions to ensure no fights erupt after the dogs catch certain prey.

Over the coming weeks or months, keep allowing your hunting terrier dog to hunt in its pack. Over time, you should notice your terrier not only becoming confident hunting on its own but will also have more honed tracking skills.

Please keep it in that group until the dog shows you signs that it’s finally comfortable to start hunting on its own. This brings me to the last step of training your terrier dogs how to hunt rabbits.

Allow your now-experienced terrier dog to hunt on a field all alone. The area can be as small as three acres.

Why is this last step essential? Well, because it engages your terrier dog’s natural independence and skills while simultaneously awarding it the exercise it requires to stay physically and mentally healthy.

At the same time, remember to engage the dog’s obedience skills while it’s doing the hunting.

As we’ve seen, terriers are terrific hunting dogs. Some features that make them so reliable include their natural gameness, minimized inter-dog aggression, independence, tenacity, stubborn nature, feistiness, and love for barking and digging.