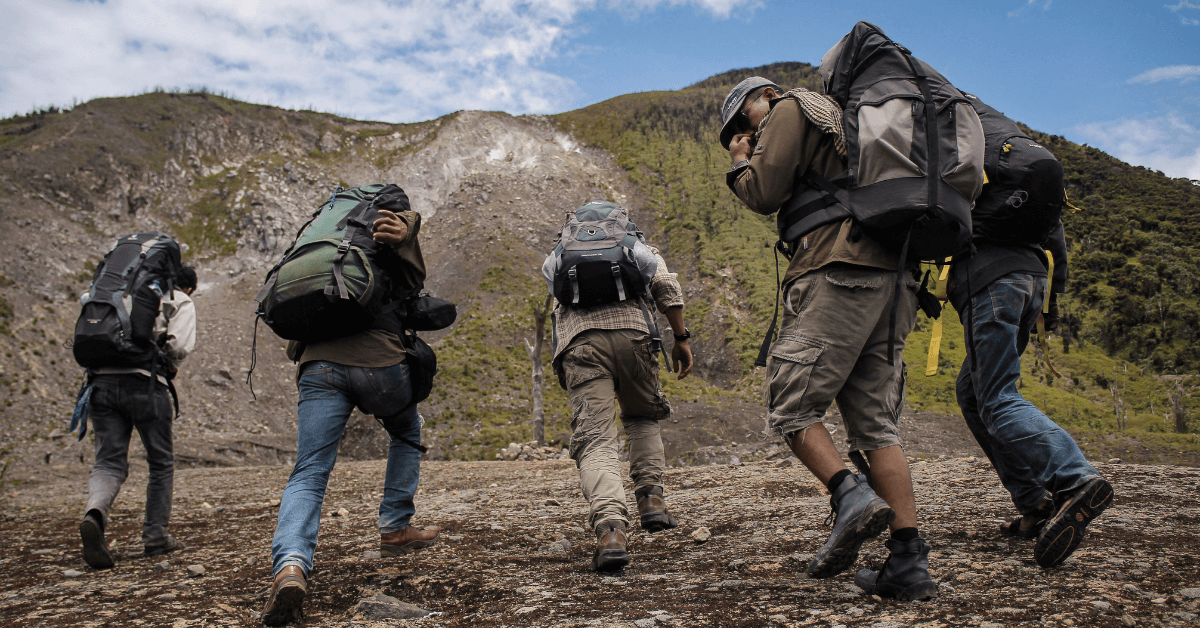 The survival activities for team building I’ve shared in this guide aren’t about survival of the fittest. They’re, instead, about ‘survival’ for teams that best demonstrate collaborative problem-solving abilities. If that doesn’t make them the ultimate team-building activities anyone will need, I don’t know what does.

As you’ll see, participants in these survival activities will be thrust into challenging and stressful situations. There, their ‘survival’ chances will rely on their ability to not only communicate with each other, but also rank their priorities and salvaged items.

Without further ado, let’s jump right into it and look at the first of seven survival activities for team building.

Catching and hunting down food is one thing, but learning how to cook and prepare it is just as essential. Practically teach your team how to know when the campfire is ready. Next, show them ways they can position their foods to ensure they’ll be perfectly cooked.

In my last job, our boss introduced a team game called the Faraway Kingdom. We played it at one of our conferences, and the game is designed to teach people the importance of teamwork.

The truth, however, is that most individuals will hate the game, which is, intrestingly, the same reason they’ll learn so much from all the things it has to offer. It teaches individuals the importance of communicating progress, as well as how bad things can get if feedback isn’t conveyed.

The group will be divided into two distinct teams, the team that works and the one that waits. As the working group does its best to solve problems, the second group waits for the answers, the entire time becoming more and more anxious.

The game’s goal is for an individual from the working group to brief those waiting on everything going on while simultaneously managing their expectations. However, the game, or you as the facilitator, won’t tell them that. They’ll have to figure it out on their own.

In this survival activity or team building, assume a member of the team or crew has been injured and immobilized. The pressure is now on the rest of your crew’s physical strength, mental skills, and experience to treat and carry the casualty back to safety.

Do not bring any supplies. The team will need to use things around them and then build improvised stretchers. Also, remind everyone involved that the patient’s condition will be quickly deteriorating in a real-life situation. That means they’ll be in a race against time to reach the ‘safe point’ as fast as humanly possible.

If you’re scouring the internet looking for team-building survival activities that involve getting your hands dirty, look no further than this option. This is, hands down, the perfect survival activity for teams that are willing to test themselves using something straight out of army training manuals.

Everyone in the team will need to cross gorges commando-style on top of ropes using their balancing abilities, strength, and core stability skills. Note, though, that this team-building activity is suggested if you have vulnerable individuals in your team, such as elders, kids, or pregnant ladies.

This game and survival activity is all about encouraging your team members to make complex moral decisions together until they reach a consensus.

To play the game, your team will receive a list of 14 individuals with different lives and personalities who’re stranded on a sinking ship in the middle of nowhere. Even worse, the ship has a single lifeboat that can only carry 8 people. Your team’s objective should be to decide who on the list is worth rescuing and who should be left to drown in 15 minutes.

There won’t be a correct answer but expect many strong opinions and passionate discussions on ethics from everyone on your team.

Remember to make it clear in the end that the final list does not matter. The game’s point is to help your team members learn how to reach a consensus through negotiation within 15 minutes before total catastrophe strikes.

These survival games for team building encourage teams to come together and carefully juggle task delegation, planning, and resource allocation to build something they might need in a survival situation, such as a shelter or fort.

In this scenario, divide the group into two or more teams, and give them the resources they may need to build any specific thing they may need to survive in the wilderness, at sea, or even in a desert.

After all teams are done building the said items within a specified period, you, the jury, will then judge their creation based on several criteria, such as aesthetics, stability, durability, and reliability.

Ask any adventurer, and they’ll confirm that this is one of the most important skills anyone can master. First, it will protect you in the wilderness from any enemies and predators. Also, it will allow you to hunt for meals and maybe shoot burning arrows into the sky for rescue efforts.

With that in mind, to be on the safe side, start by getting your team members coached and guided by teams of experienced instructors using the most modern equipment. Only after everyone is confident in their newfound skills should they start testing themselves with improvised ash arrows.

Finally, let us see who can best hit their targets and contribute to their team’s success.

So, is there a complex company project looming that you’d like to prepare for? Or perhaps your team simply wants to become one with nature while simultaneously learning how to resolve day-to-day work issues. Either way, the survival activities for team building listed above are the ones for you.

Do you have a survival activity for team building you’d like to see me add to the list? Please feel free to mention it in the comment section below. Thanks in advance.